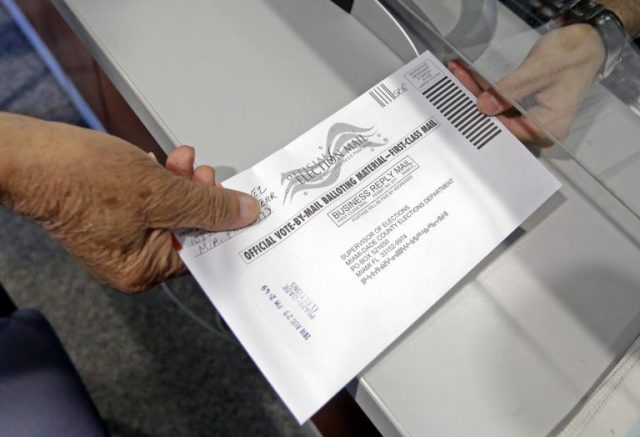 The majority of absentee ballots are rejected in Pennsylvania for lateness, and the rejection rate is increasing. (Alan Diaz/AP Photo)

Thousands of voters in Georgia said they never received their absentee ballots. According to reports Wednesday, several residents in the state did not have their vote accounted for in the primary runoff election.

An alleged whistleblower within the Postal Service branch reported the service didn’t dropped off the ballots until the election was over. Investigators found almost 3,000 residents filed a complaint reporting their missing ballots.

One family sent in their requests weeks ahead of time, but never received them. As a result, they were unrepresented in the June primary.

“I kept checking on Tuesday our little like voter status to see…and it just never showed up, so we didn’t get counted,” said Georgia voter Samantha Britton.

Voting records showed other residents similarly never received their ballots for the runoff vote. Postal workers blamed the lack of equipment for the error and said their ability to sort mail did not meet the required capacity necessary for the state of Georgia.