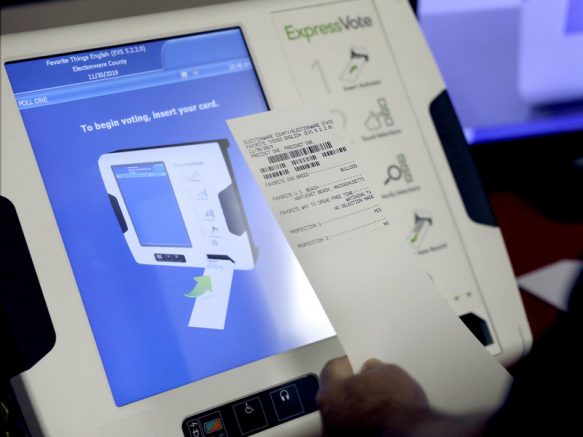 A former Philadelphia, Pennsylvania judge of elections has pleaded guilty to accepting bribes in exchange for stuffing digital ballot boxes. The charges against Domenik Demuro were announced by U.S. District Attorney William McSwain on Thursday.

Demuro, who was elected to oversee the voting process, took bribes of up to $5,000 per election from an unnamed political consultant. In return, he added votes to polling machines for certain Democrat candidates during the 2014 to 2016 primaries.

“Again, the integrity of our elections depends on the honesty of our Election Officials, so we take any dishonesty by those officials very seriously,” he stated. “And I want to make it clear that this is an ongoing and active investigation.”

Ensuring the integrity of all elections is a top priority of this Office. https://t.co/qxWmcWi1KH

Demuro could spend up to 15 years in prison when he is sentenced on June 30. The scandal comes as alternative voting methods like mail-in ballots are being considered due to COVID-19 concerns, but face growing scrutiny nationwide.