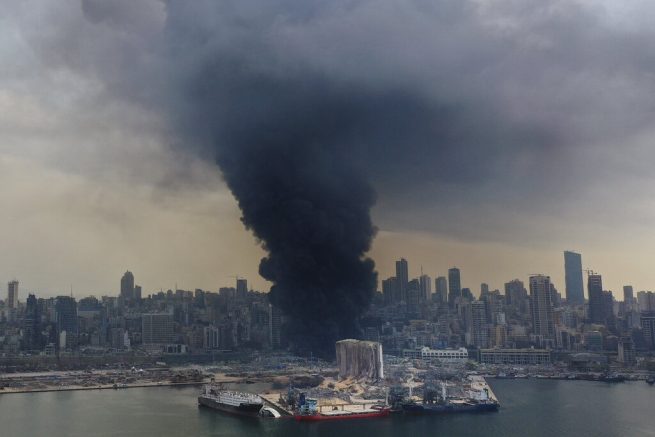 Black smoke rises from a fire at warehouses at the seaport of Beirut, Lebanon, Thursday, Sept. 10. 2020. (AP Photo/Hussein Malla)

Lebanese firefighters, along with Army helicopters, have extinguished the remains of a huge fire at Beirut’s port. The fire erupted in a tire and oil facility on Thursday, weeks after a deadly blast devastated the area.

Firefighters were able to put out the blaze on Friday and are cooling the site to prevent areas from reigniting.

Insane fire at the port, causing a panic all across #Beirut. We just can’t catch a break. pic.twitter.com/PtdHehPlz0

Some residents have said they are feeling hopeless after experiencing both incidents.

“It was harder than August 4th, (when) we did not know what was happening,” stated one resident. “…Yesterday, just seeing this smoke made me feel there is no hope.” 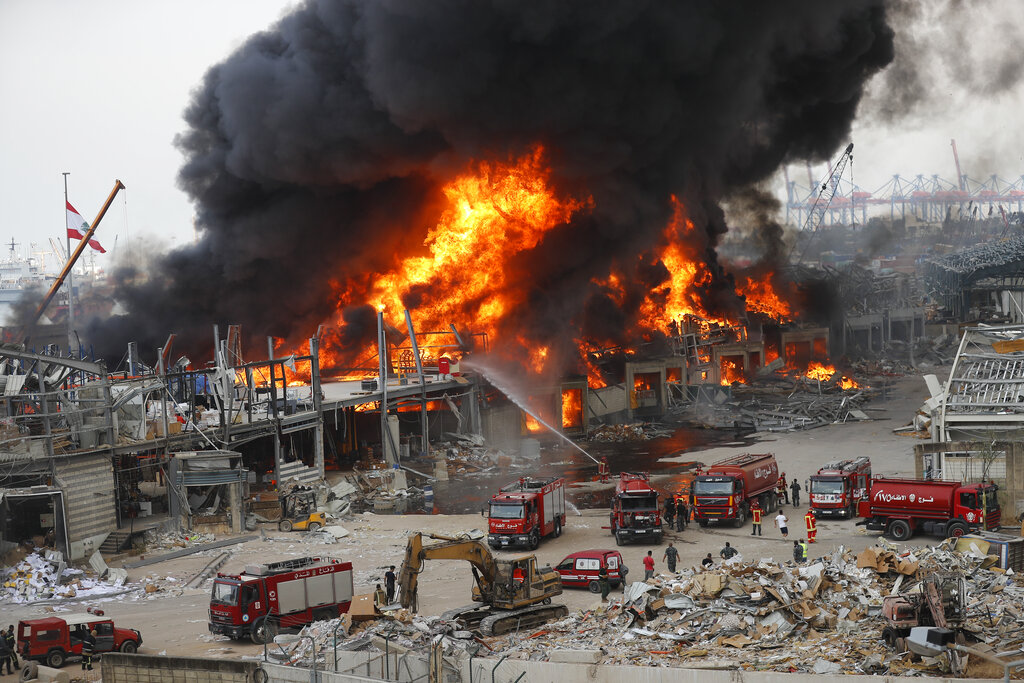 According to officials, the fire was sparked during welding repairs at several local facilities, which had been damaged or destroyed in last month’s explosion.

However, Lebanon’s president believes the fire could have been caused by sabotage, technical error or negligence. An investigation is underway.