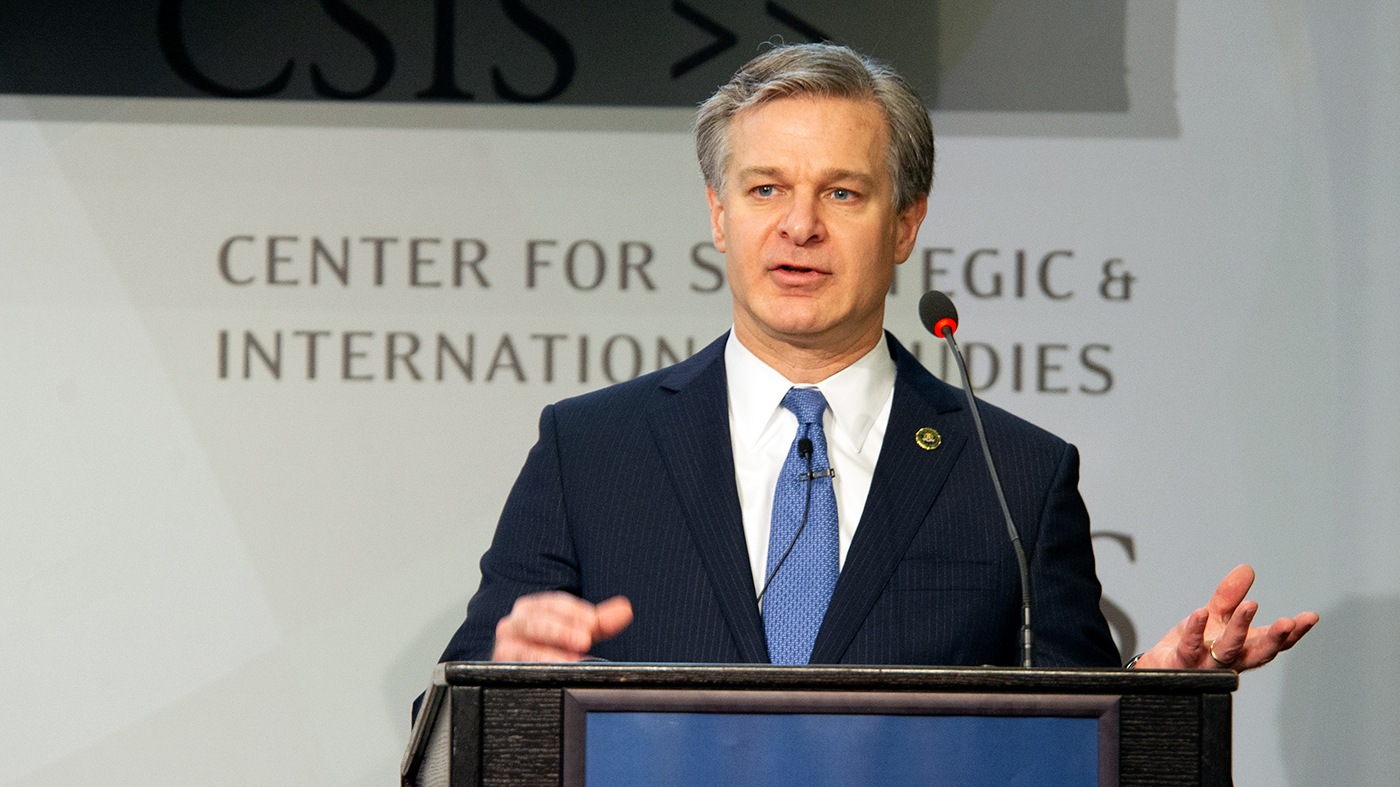 FBI Director Christopher Wray speaks at the Department of Justice China Initiative Conference held February 6, 2020 at the Center for Strategic and International Studies in Washington, D.C.

The FBI is pursuing 1,000 investigations into China’s alleged technology theft. FBI Director Christopher Wray made the announcement on Thursday and said China is trying to steal U.S. technology by any means necessary.

“They’ve pioneered an expansive approach to stealing innovation through a wide range of actors,” said the director. “They’ve shown that they’re willing to steal their way up the economic ladder at our expense.”

Today, FBI Director Christopher Wray spoke about how the FBI is working to confront the China threat and protect our national and economic security. https://t.co/PGew5i9u1n pic.twitter.com/mPKByelbM4

Wray said China is attempting to steal information, including cost and pricing data, internal strategy documents and anything else that may give them a competitive edge.

“China is using a wide range of methods and techniques,…everything from cyber intrusions to corrupting trusted insiders,” he said. “They’ve even engaged in outright physical theft.”

The director said the country is using both Chinese intelligence services and private companies to pursue its targets. He added the theft is focused on tech companies, but also includes agriculture businesses and medical device companies.

“What it does mean is that when China violates our criminal laws and well-established international norms, we are not going to tolerate it, much less enable it,” reiterated Wray. “The Department of Justice and the FBI are going to hold people accountable for that and protect our nation’s innovation and ideas.”