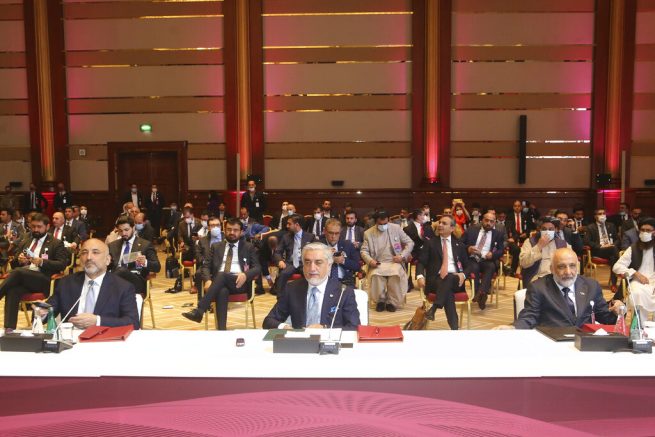 While the opening meeting was largely ceremonial, real negotiations are now being held behind closed doors. Political analysts believe the path to peace will be difficult because both sides have to figure out what policies are best for the Afghan people.

The two groups have been discussing the possibility of lasting ceasefires, women’s rights and the disarming of the Taliban.

“I have heard positive things about the meeting between the two sides without any foreigners being there,” said Khalilzad. “I have talked to both sides, they have been positive of their account of their meeting.” 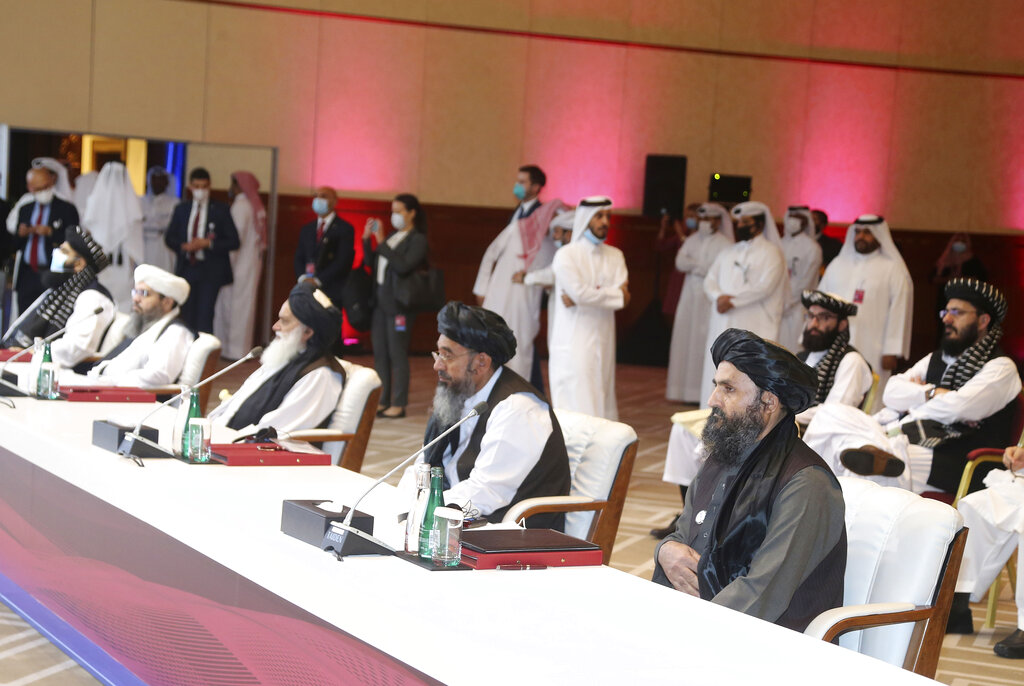 Taliban delegation attend the opening session of the peace talks between the Afghan government and the Taliban in Doha, Qatar, Saturday, Sept. 12, 2020. (AP Photo/Hussein Sayed)

The head of Afghanistan’s peace council was also optimistic about the initial peace talks with Taliban leaders. Abdullah Abdullah reiterated both sides need to be able to compromise if they want to move forward peacefully.

“As one of the top most issues in the minds of the people, reduction in violence in a significant way, in a way that is palpable,” explained Abdullah. “Also getting to a humanitarian ceasefire, hopefully a permanent ceasefire.”

This came after President Trump brought the two sides together for bilateral discussions. The President has been working to end the war in Afghanistan and improve Middle East relations.