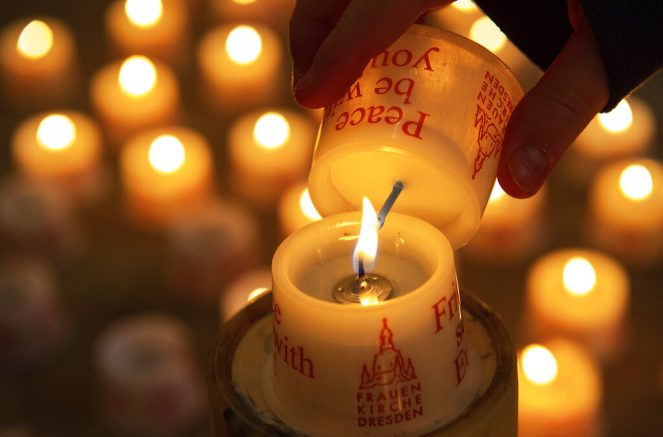 A child lights a candle in the Frauenkirche cathedral (Church of Our Lady) in Dresden, Germany, Tuesday, Feb. 11, 2020 two days before the 75th anniversary of the Allied bombing of Dresden during WWII. British and U.S. bombers on Feb. 13-14, 1945 destroyed Dresden’s centuries-old baroque city center. (AP Photo/Jens Meyer)

German right-wing party ‘Alternative for Germany’ (AfD) recently marked 75 years since the allied bombings in the city of Dresden. Hundreds of AfD supporters rallied in central Dresden Thursday to commemorate the victims of allied airstrikes.

Members of patriotic front Pegida (Patriotic Europeans Against the Islamisation of the Occident) and German President Frank-Walter Steinmeier attended the demonstration as well.

In February of 1945, British and American aviation attacked the German garrison of Dresden. Up to 25,000 civilians were killed in carpet bombings as a result of the attack. 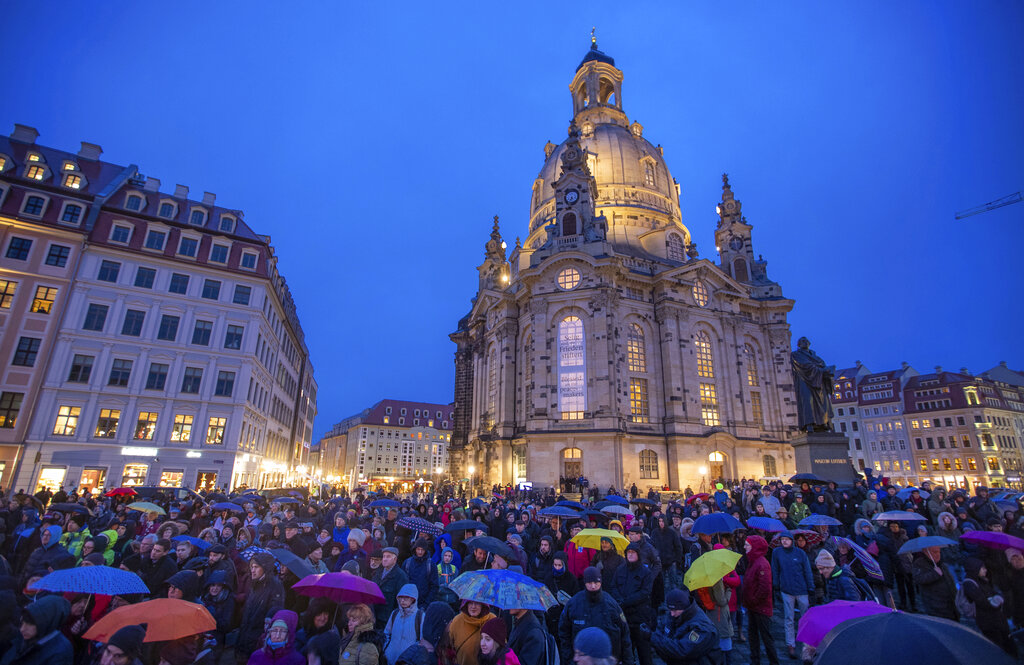 People gather in front of the Frauenkirche for the opening event of the human chain on the occasion of the 75th anniversary of the destruction of Dresden in the Second World War, in Dresden, Germany, Thursday Feb. 13, 2020. A 1945 allied bombing campaign reduced the centre of Dresden to rubble leaving up to 25,000 people dead. (Jens B’ttner/dpa via AP)

President Steinmeier urged Germans to “defend democracy” in the country, so that the horrors of WWII never happen again.

“Today we commemorate all victims of genocide, war and violence, and we commemorate together with our opponents of war in former times,” he stated. “I am grateful for the reconciliation and friendship that brings our countries together today…this friendship goes deeper than all the major and minor differences of everyday political life.”

The AfD rally was marked by heavy police presence, while far-left counter-protesters held their own events nearby.

Pics from yesterday. Human chain in #Dresden , remembering the victims of February 13th 1945 and hand- in – hand for humanity and peace in the world. 🙏 pic.twitter.com/yWQnVO2H4O