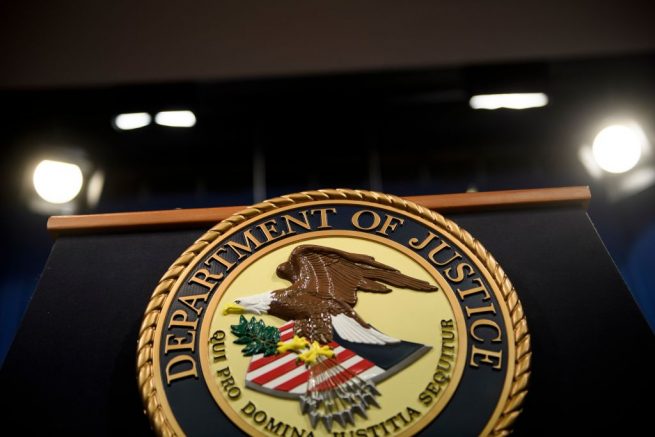 A view of the lecture before US Attorney General William Barr holds a press conference at the Department of Justice. (Photo by BRENDAN SMIALOWSKI/AFP via Getty Images)

In an email Wednesday, a DOJ official said a current statute does not allow armed officers at polling stations across the country on Election Day.

The Justice Department interpreted this to mean they could be deployed to monitor ballot locations any time after Election Day. However, critics believe the presence of armed poll watchers would intimidate poll workers and disrupt the vote-counting process.