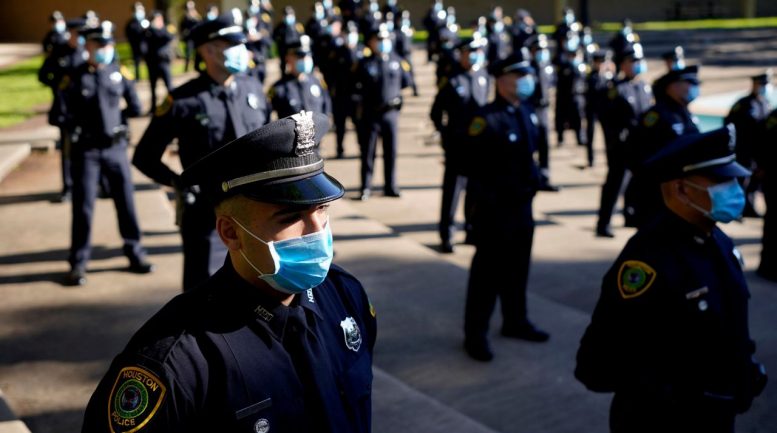 Houston Police cadet Tallah Salameh, bottom left, wears a mask amid the COVID-19 pandemic while gathering with fellow cadets for a class photo during a graduation ceremony at the Houston Police Academy, Friday, May 1, 2020, in Houston. (AP Photo/David J. Phillip)

Demonstrators took to the steps of Houston’s City Hall for a police appreciation rally. Nearly 100 people gathered on Thursday to show their support for law enforcement amid nationwide unrest.

“We’re hard working family guys that are just doing their jobs that nobody else wants to do and we’re here to support them,” said John Paul Villarreal, President of the Houston Thin Blue Line Motorcycle Club.

According to the event’s Facebook page, attendees were encouraged to wear blue and remain peaceful. Organizers said the rally was held in hopes of bringing attention to police who were not receiving support in the wake of recent protests.

Despite the event being a grassroots effort, organizer’s hope other states will follow suit in the future.