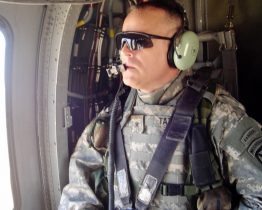 General Tata, shown here in a UH-60 Blackhawk, served in the U.S. Army for 28 years in multiple overseas locations.

Democrats on the Senate Armed Services Committee are attempting to tank the nomination of Brigadier General (Ret.) Anthony Tata to serve as the third highest ranking official in the Department of Defense with claims of “Islamophobia”. In a recent exclusive conversation with One America News, General Tata discussed his lifetime of service to America, including multiple tours of duty protecting and helping Muslim populations around the world.

General Tata served in the U.S. Army for 28 years in multiple overseas locations and in various conflict zones including Kosovo, Bosnia, Macedonia, and Afghanistan.  He recalls his time in these countries as impactful, as he worked to make a difference in the local communities. Whether participating in shuras with local tribal leaders in remote villages or working on education initiatives for the local Muslim community, he takes great pride in the value that his work elevated the local population.  In particular, Tata worked closely with the first female governor in Afghanistan to improve female business initiatives in the Bamyan Province.

Years prior, he endured firefights and dodged anti-tank mines in Bosnia and Kosovo while protecting Bosnian Muslims from ethnic cleansing. General Tata states, “I spent my career faithfully serving this country, mostly in Muslim countries.  While doing so, I advanced US interests and protected the greater Muslim community with respect and honor.” 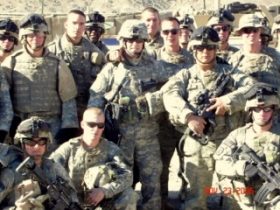 Despite the merits of his career spanning multiple decades, Democrats are seeking to demonize him as “Islamophobic”, and are working to scuttle his nomination based on a handful of tweets from 2018. An active Twitter user, General Tata tweeted nearly 9,000 times over the last eleven years.  Of those, a small handful use language his opponents have deemed offensive.

Tata has been critical of democrat lawmakers including President Obama, Speaker of the House Nancy Pelosi, and Congresswoman Maxine Waters. Dismissing his nearly 40 years of combined military and civil service, Senator Elizabeth Warren said, “an Islamophobic conspiracy theorist who called President Obama a ‘terrorist leader’ should not be number three at the Pentagon.  Anthony Tata is by far Trump’s most unqualified and ill-suited senior defense nominee—a high bar.”

But some who personally served with the General strongly defend him. “I have known Tony Tata for more than 20 years,” said Lt. Gen. Tom Spoehr (Ret.), Director of the Heritage Foundation’s Center for National Defense. “We served together in the 82d Airborne Division in some challenging times and you could not ask for a steadier, smarter, and more humble leader than Tony. He is the perfect candidate to help Secretary Esper guide the Department of Defense through a complex domestic and international environment. To fill this important position promptly, the Senate should schedule a hearing and confirm Tata as quickly as possible. The Pentagon needs his leadership now.” 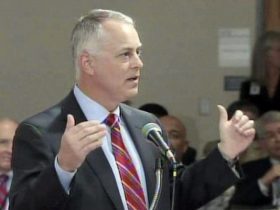 Following his military service, General Tata turned down lucrative private sector positions in order to continue his public service.  As the Superintendent of Wake County Public School Systems, General Tata focused on improving and enriching the lives of his students.  Dr. Lisa Grillo served as Principal and Assistant Superintendent under General Tata’s leadership in two school districts, and has known him for approximately 10 years.  She states, “In my experience with General Tata as superintendent in Wake, he was intensely focused on improving outcomes for Black students.  He felt that we as a district could do more to raise performance levels of Black and Latino students, and held those of us around him accountable for improving the achievement of these underserved students.” 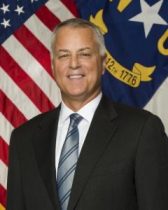 President Trump recognized General Tata’s qualifications and capabilities in nominating him to be the Undersecretary of Defense for Policy – a critical role in ensuring the President’s America First agenda is accomplished. The Undersecretary of Defense for Policy formulates national defense strategy and helps shape whether America continues to engage in globalism and endless war, or whether we pivot to focus on America’s priorities first.  President Trump has long touted America First priorities and General Tata would be a strong ally for those policies due to his decades of experience in planning, operations and policy development roles.