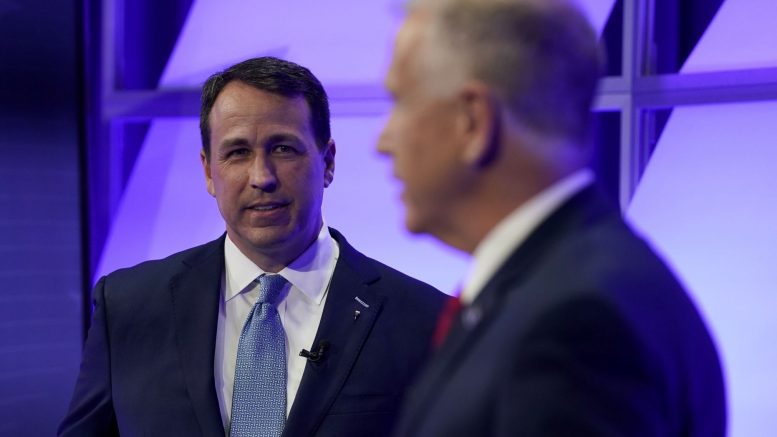 A North Carolina Democrat Senate candidate is attempting to shift the blame for his extramarital affair on his opponent. On Wednesday, Cal Cunnhingham said he believes his opponent, Republican Sen. Thom Tillis, is focusing on his personal problems instead of “the issues” at hand.

This was Cunningham’s first public appearance since reports of the affair broke out last week. His campaign has confirmed the Democrat’s affair with a California woman featuring sexual messages between the two.

However, Cunningham is still blaming Tillis for the scandal. He also apologized for the hurt he has caused to both the people he wants to represent and everyone in his personal life before attacking Tillis.

“And because Thom Tillis knows that he is losing and knows that we are winning, he has now resorted to trying to make this campaign about something other than the issues,” claimed the Democrat Senate candidate.

The husband of the woman Cal Cunningham engaged in an extramarital affair with, now says Cunningham “hurt a fellow junior officer and veteran,” and that Cunningham’s actions should “be reviewed under the Uniform Code of Military Justice."https://t.co/vzb4sGgz8E

The spouse of the woman Cunningham had the affair with has called for his withdrawal from the race while citing his “misplaced judgment.”