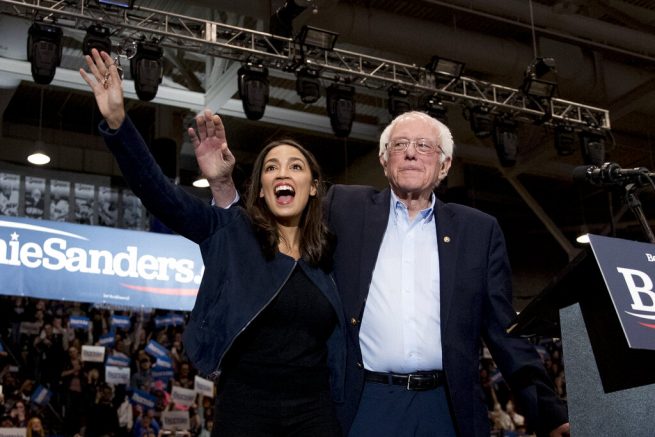 As Democrats continue to give warning about so-called climate change, reports have revealed the party’s key figures have some of the biggest carbon footprints themselves.

Authentic. Real. Genuine. Those are some of the words used to describe 2020 Democrat candidate Bernie Sanders (D-Vt.), the self proclaimed Democrat socialist who won New Hampshire’s primary. His supporters have said he’s one of the only Democrat contenders who actually lives by his policies.

However, they may not know about last quarter’s report, which revealed just how much Sanders spent on private airplane travel. According to a recent filing on the last three months of 2019, Sanders’ campaign spent nearly $1.2 million using a luxury private jet charter service. This makes him the largest air travel spender among all 2020 Democrat candidates.

Rolling onto the tarmac in your Yukon to fly private to go talk about the Green New Deal at your rally like pic.twitter.com/yN3NufKEqk

The travel data came despite the Vermont senator’s continued attacks on the fossil fuel industry and his stance as a leading proponent for legislation curbing carbon emissions.

As Sanders is scrutinized for being hypocritical, so too is his progressive 2020 rival Elizabeth Warren (D-Mass.). A recent video of the congresswoman, who has said she wants to decarbonize every sector of the U.S. economy, has prompted widespread backlash on Twitter. It shows her apparently trying to hide behind one of her staffers as she is exiting a private plane she took from Iowa to New Hampshire

Hahaha Warren was clearly trying to hide behind one of her staffers when she noticed someone was filming her get off the private jet. pic.twitter.com/M9HPqw6657

The Democrats’ double standard on the environment is nothing new. Nearly a decade ago, reports found that House Speaker Nancy Pelosi used Air Force aircraft for a total of 85 trips from 2009 to 2010. This made her carbon footprint astronomically higher than the average American.

Meanwhile, her fellow climate activist Rep. Alexandria Ocasio-Cortez (D-N.Y.) has failed to abide by her own warnings about the planet.

“Climate change and our environmental challenges are one of the biggest existential threats to our way of life,” she stated.

According to reports, her campaign spent almost $2,000 on ride hailing services in 2019. While pushing for the sweeping Green New Deal in Congress, she has been heavily relying on gas-powered cars. Reports also noted that AOC’s team used the metro significantly less than cars, even though there was a subway stop a one minute walk away from her headquarters.