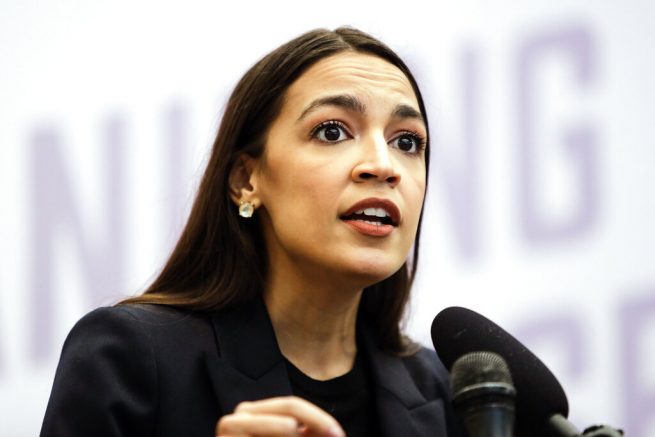 Democrats in Congress are split against each other with progressives and moderates bickering over their recently lost House seats in the 2020 elections. According to the latest reports from Capitol Hill, division appears to be growing among Democrats over the Black Lives Matter movement.

The rising influence of the far-left was underlined in an internal memo shared among House Democrats on Tuesday, which called on lawmakers to increasingly court a progressive base.

Yet, some within the party reportedly believe supporting such social movements may lead to more seat losses in the House and could alienate more moderate voters. A number of centrist Democrats have recently spoken out against their progressive colleagues trying to distance themselves from anti-police policies and socialist rhetoric.

Virginia Rep. Abigail Spanberger warned members of her party against using promoting such views. She and other centrists reportedly believe this could be used by Republicans to launch attacks against Democrats and ultimately lead to further electoral losses.

WATCH: Rep. Jim Clyburn says Democratic Senate challenger "Jaime Harrison started to plateau when 'Defund the Police' showed up … on TV right across his head." #MTP@WhipClyburn: "I have always said that these headlines can kill a political effort." pic.twitter.com/roZtvauNaj

The party’s poor performance in last week’s election is highlighting concerns about its image and future. Despite concerns raised by moderates, however, progressive Democrats are still pushing their radical agenda and are encouraging others to join their movement.

New York Rep. Alexandria Ocasio-Cortez responded to her critics on CNN by stating it’s Republicans causing the Democrat Party to lose seats in the House with the left’s arguments being torn down by the right.

“Republicans levied very effective rhetorical attacks against our party, that I believe is absolutely true, but I think one of the things that’s very important is that Republican attacks are going to happen every cycle,” she stated. “And so the question is: how do we defend ourselves form that?”

With the current split between Democrats, House Minority Leader Kevin McCarthy will likely form alliances with a handful of moderate Democrats who have begun to slip away from their party. If the House minority leader is able to gain their support, Republicans will have more hands on the negotiating table when off against the legislative agenda of the far left.