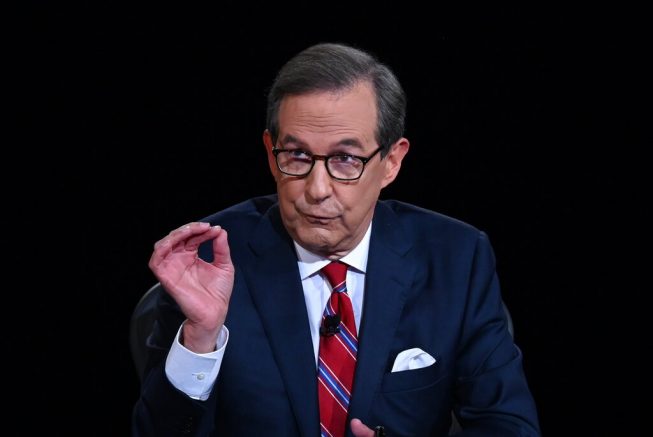 Multiple viewers are speaking out against presidential debate moderator Chris Wallace and are slamming the host for coming off as biased against President Trump.

The Fox News host received heavy criticism for the way he moderated the first presidential debate Tuesday night with viewers accusing Wallace of failing to control the discussion between the two candidates.

Chris Wallace is shamelessly biased. It’s a beautiful demonstration of fake news in action. I’m actually glad it’s happening, because you can see it for yourself.

Even President Trump pointed out the media bias after battling Wallace in conversation when attempting to answer a question about Obamacare.

“I guess I am debating you, not him, but that’s okay I’m not surprised,” the President told Wallace.

He only interrupted Joe Biden 15 times.

Trump shouldn’t have to debate two opponents at once, but he did—and he STILL won.

On Twitter, one user told Wallace to “get out of the way” with another calling him a “disgrace” and “shamelessly biased.”

Debate watchers claim Wallace would let presidential nominee Joe Biden interrupt President Trump, but would try to shut down the President constantly while he replied to his opponent.

Chris Wallace doesn’t have the facts at his command about the Ukraine payments made to Biden’s son that Trump brought up. Big mistake by Mr. Wallace.

President Trump took aim at Wallace by suggesting the debate moderator “had a tough night.” He also suggested the Fox News anchor was against him during the debate.

Meanwhile, Americans across the country are voicing their opinion on who they thought was the winner. Supporters of the President said they could only see one clear winner — President Trump. They also criticized the performance of the Democrat presidential nominee by accusing Biden of being a corrupt politician.

Other viewers said they didn’t like how Biden refused to talk about law and order, unlike President Trump who has defended the lives of police officers.