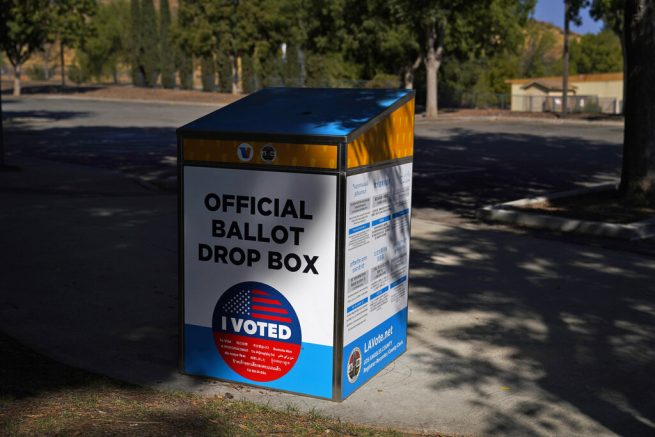 California’s Republican Party has said it won’t remove ballot collection boxes, despite a cease and desist letter from the state. According to reports, California’s secretary of state called the boxes illegal and stated the party has until Thursday night to remove them.

In a letter to the secretary, attorneys for the GOP argued the boxes are indoors, securely staffed and not labeled as “official.”

A spokesman for the Republican Party reiterated if the secretary wants to take them to court, they’ll see him there.

“We have been opposed to ballot harvesting, …but we have a choice,” stated Hector Barajas. “We can either whine and complain about the election results later, or we can get smart and figure out the rules, figure out the chessboard that they’ve laid out before us and play the game that they’re doing.”

California state law allows ballot harvesting. Republicans have pointed out while Democrats are so concerned with the practice, they’re the ones who wrote the legislation and voted for it.