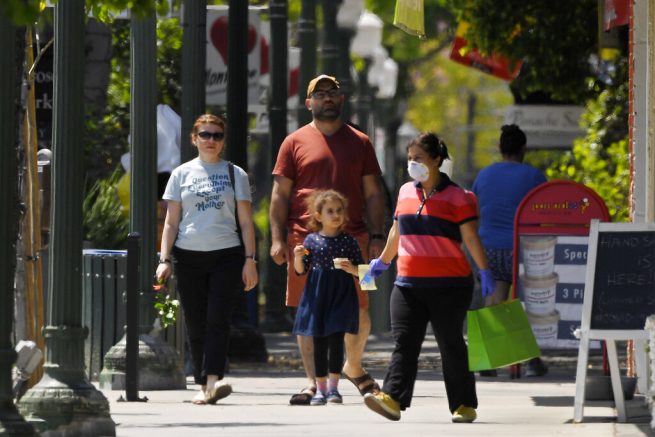 People shop during the coronavirus outbreak Saturday, May 9, 2020, in Montrose, Calif. California Gov. Gavin Newsom has issued the broadest loosening of his stay-at-home order so far, allowing some retailers to reopen. (AP Photo/Mark J. Terrill)

County officials across California have continued their calls for Gov. Gavin Newsom (D) to create more flexible and direct measures for reopening businesses.

This comes as the governor announced the state had moved into the beginning of phase two of reopening its economy, allowing for low-risk and non-essential businesses to resume. However, several counties say it’s not enough.

On Friday, the city council of Atwater unanimously agreed not to enforce stay-at-home orders intended to slow the spread of the coronavirus. This means local authorities in Atwater will not interfere with any business or church that decides to reopen ahead of restriction deadlines.

“It’s America you have the choice,” stated Atwater Mayor Paul Creighton. “It’s time for our government to stop dictating another month, another three months, six months — when is it going to end? When everybody’s bankrupt?”

Small businesses owners in particular have been drastically affected by pandemic shutdowns. In Oceanside the owner of the MetroFlex gym vowed to keep doors open despite being charged with a misdemeanor last week for violating orders. The owner said he had no choice but to open his business and has taken precautions to make his customers feel safe.

“We are limiting the members,” owner Lou Uridel explained. “…some of the equipment’s blocked off and we’ve also blocked off the bathrooms and showers, and the only thing that’s available is the sinks and we’re requiring members to go wash their hands when they get here and then wash their hands before they leave.”

Additionally, a coalition of East Bay churches are planning to open their doors for service on May 31 even if they do not have government permission. Around two dozen pastors held a rally in Oakland where they argued that churches are essential to their communities.

“From thousands of churches, we are united in signing the declaration that the church is essential and the government should no longer keep our doors locked or closed,” stated Rev. Neil Mammen. “Governor Newsom, unlock these doors…open up our churches.” 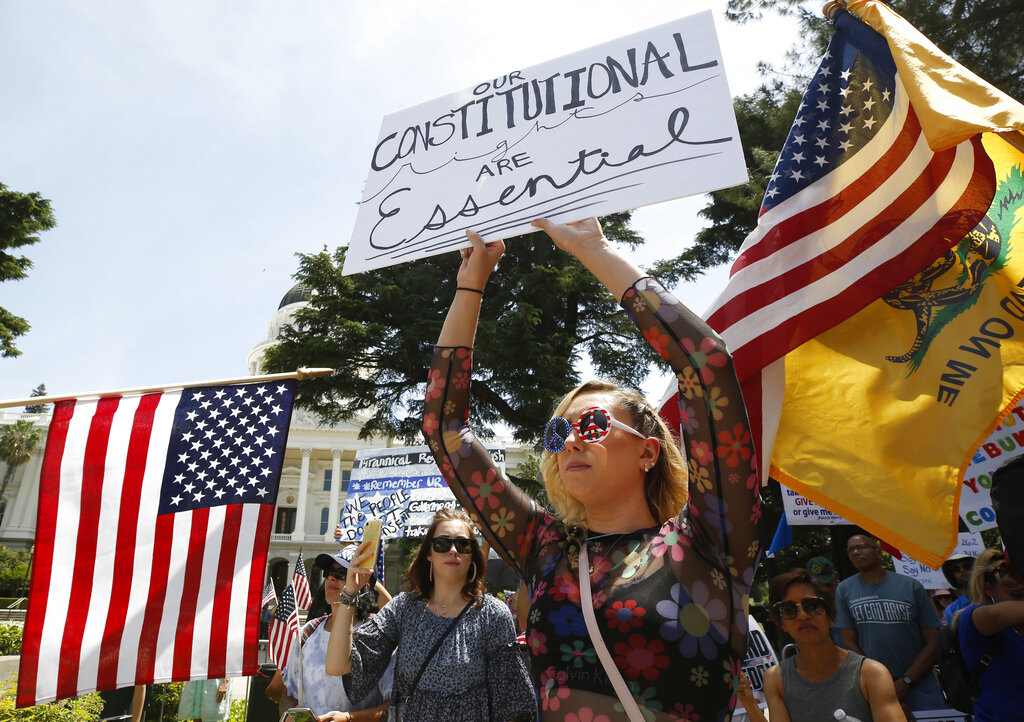 Karley Kane joined other protesters calling on California Gov. Gavin Newsom to ease stay-at-home orders caused by the coronavirus at the Capitol in Sacramento, Calif., Thursday, May 7, 2020. (AP Photo/Rich Pedroncelli)

In recent weeks, Californians across the state have taken to the streets protesting against what they say are restrictive measures. Demonstrators argue that conflicting messages from the state government and their local officials are spurring confusion among residents.

Meanwhile, multiple counties have placed formal requests to the governor providing information on why they believe their region is safe to open.