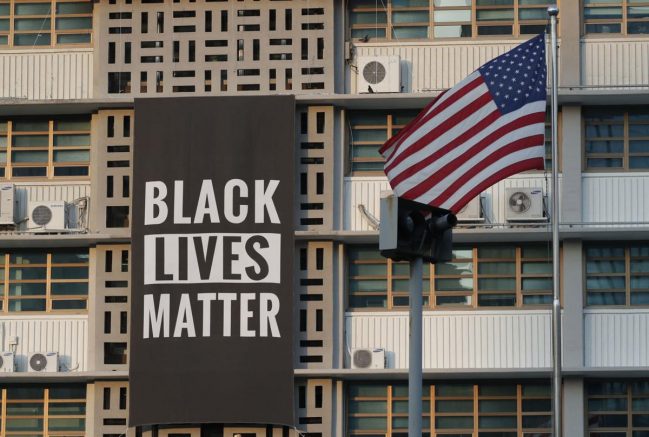 The photo in question was taken in Harlem at the 2015 People of African Descent Leadership Summit. At the time, Maduro was in New York for the United Nations General Assembly.

Tometi also shared some thoughts at the summit, where she thanked Maduro and his government for having her. During her speech, she condemned the “western economic policies, land grabs and neocolonial financial instruments like the World Bank and the International Monetary Fund.”

That same year, Tometi was in the socialist South American country when she tweeted:

Currently in Venezuela. Such a relief to be in a place where there is intelligent political discourse.

Police brutality, one of the atrocities the Black Lives Matter movement stands against, has plagued Venezuela in the years since Maduro took power back in 2013. Since then, more than 4.5 million people have fled Venezuela.

In 2018 alone, Breitbart reported nearly 1,500 minors were killed at the hands of the police. Venezuelan police under Maduro are reported to have imprisoned and murdered a countless number of protesters and political opponents.

“But people from all walks of life are looking around and saying, this is not the type of country I want to live in. I am tired. I don’t want to be part of a society that allows unarmed black people to be killed every single day by police.”

“We actually do have an ideological frame, myself and Alicia in particular are trained organizers,” said Cullors. “We are trained Marxists.”