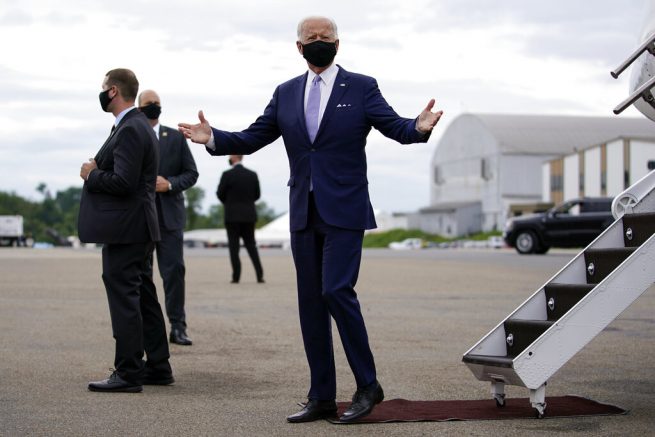 Democrat presidential nominee Joe Biden has attempted to redirect blame for violence in Democrat-led cities onto President Trump. He took to Twitter Wednesday where he claimed the president is trying to divide the nation.

Donald Trump is determined to instill fear and divide us, but what he doesn't understand is that fear never builds the future — hope does. pic.twitter.com/3DFE6R6CWQ

This echoed remarks he made from Pittsburgh on Monday in an effort to undercut the Trump administration’s focus on law and order. The Democrat accused President Trump of stoking fear and asserted the president doesn’t want to shed light.

The former vice president went on to parrot the liberal media by claiming the protests are mostly peaceful with a few exceptions.

“Violence of extremists and opportunist, right-wing militias, white supremacist, vigilantes who infiltrate protests carrying weapons of war hoping to wreak havoc and to derail any hope and support for progress,” Biden referenced.

However, Trump campaign communications director Tim Murtaugh pointed out that Biden is quick to pin the violence anyone but Antifa. Others have continued to remind the left of the president’s efforts to send aid to cities plagued by destruction.