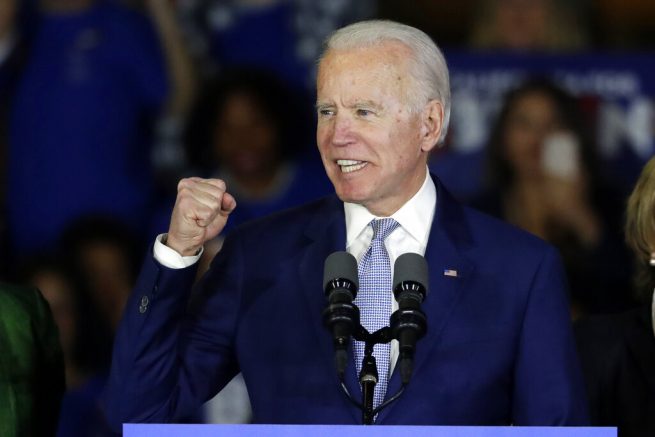 During an interview Friday, Biden said that wealthy Americans and corporations “shouldn’t get off so easy.” He’s looking to repeal the $2 trillion tax cut for those who make over a million dollars a year.

The former vice president is also aiming to move the corporate tax rate back to 28 percent, which had been lowered to 21 percent under President Trump.

Sleepy Joe is no match. pic.twitter.com/thJUdUA5Og

Biden said he wants to refocus the money toward the middle class and small businesses.

“I would get the money to Main Street, the Paycheck Protection Program, the Small Business Program with the Main Street Lending Program,” he stated. “It’s out there with billions of dollars, it hadn’t lent a single solitary dollar in over tree months.”

During a different interview Friday, Biden called on Amazon to pay more taxes and said “capitalism should ensure there is fairness.”