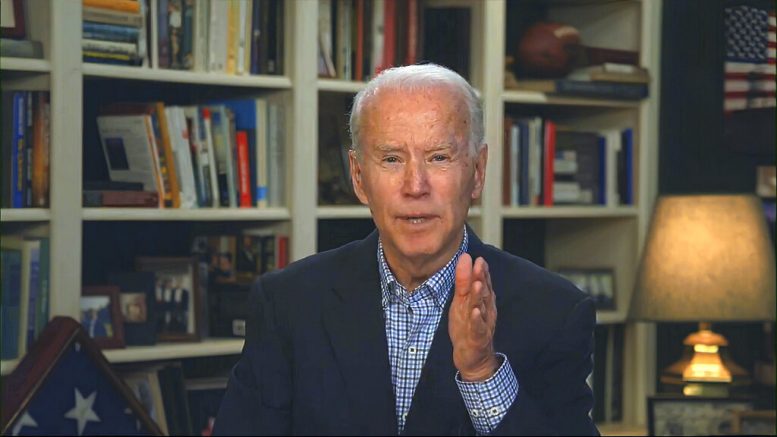 Democrat presidential candidate Joe Biden has been caught lying about being an Ivy League professor. During a virtual roundtable on Wednesday, an 18-year-old asked Biden what he was going to do to appeal to young voters who support Sen. Bernie Sanders (D-Vt.).

The former vice president suggested he can easily relate to young college students. He noted his experience as a University of Pennsylvania professor after leaving the Senate in 2009.

However, reports revealed the 2020 hopeful has never taught a single class at the school. In 2017, he received the honorary title of the ‘Benjamin Franklin Presidential Practice Professor.’

“When I left the United States Senate, I became a professor at the University of Pennsylvania,” said Biden. “The University of Delaware has the Biden school there as well, so I spent a lot of time on campus with college students.”

Joe Biden says "when I left the United States Senate, I became a professor at the University of Pennsylvania."

a) He never taught a class
b) He was given the honorary professorship after he left the White House, not the Senate.pic.twitter.com/834VqHm0mK

A University of Pennsylvania spokesperson has said they are unsure what role Biden had at the school.

WATCH: Joe Biden’s Series Of Gaffes: Should Americans Be Concerned?