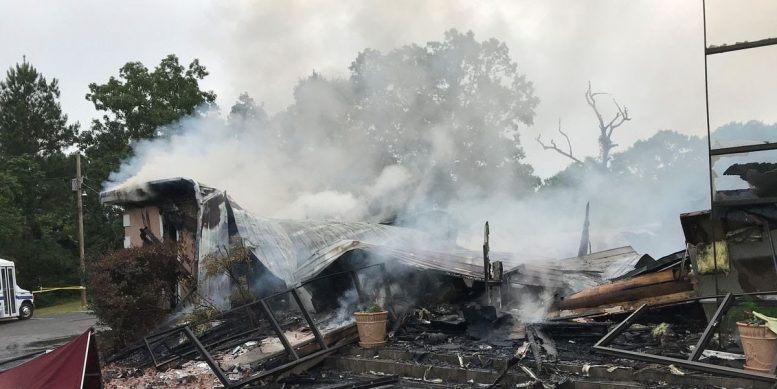 A Mississippi church involved in a legal battle with local officials has burned down in a suspected act of arson. According to reports, the First Pentecostal Church in Holly Springs was destroyed after an explosion set the building on fire.

First #Pentecostal Church in Holly Springs, Mississippi, refused to close due to #COVID19 restrictions and in retaliation the #Church was set ablaze today. The Arsonists spray painted these words in the pavement, “BET YOU STAY HOME NOW YOU HYPOKRITS”. pic.twitter.com/FjvrBTt1Qk

The church’s pastor has said he had no idea who could be behind the fire. He added the church had no enemies.

“We’re going keep the faith, we’re going keep doing what we’ve always done,” said Pastor Jerry Waldrop. “Maybe not on this location, but I’ll get with our faithful people and maybe rent a building, or whatever we need to do for the time being.”

The pastor sued the city in April, saying police disrupted an Easter service even though parishioners had been practicing social distancing. However, the city claimed the church had violated the rules by gathering in a large group.