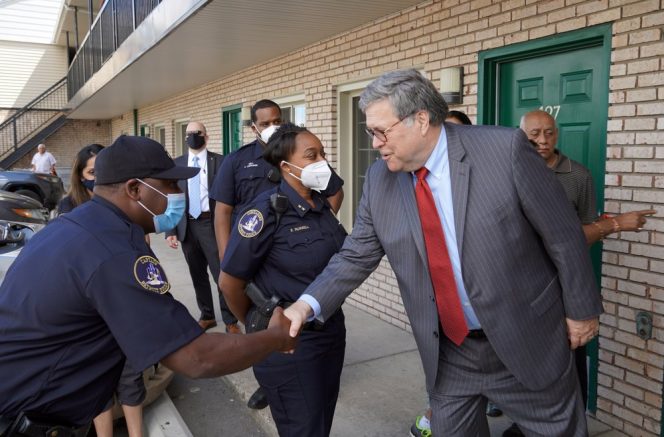 Attorney General William Barr has said crime is down and order is being restored in Chicago as a result of the Justice Department’s Operation Legend. On Wednesday, Barr announced more than 500 people have been arrested in the city since July.

He added many of the arrests were for violent crimes, such as homicides, sexual assault and robbery. Operation Legend was launched in Kansas City this summer following the fatal shooting of 4-year-old Legend Taliferro, whom the initiative is named after.

The operation was expanded to multiple cities and has resulted in more than 2,500 arrests. Roughly 600 people are now facing federal charges.

“We have dedicated hundreds of federal government’s best investigators, analysts, fugitive trackers and other experts to work with our state and local colleagues in law enforcement here in Chicago to help get violent criminals off the streets,” stated Barr. “I’m pleased to report that Operation Legend is working.”

The attorney general has criticized cities that are trying to defund the police. He fears their actions will have devastating consequences.

He concluded his remarks by thanking all law enforcement for their service.