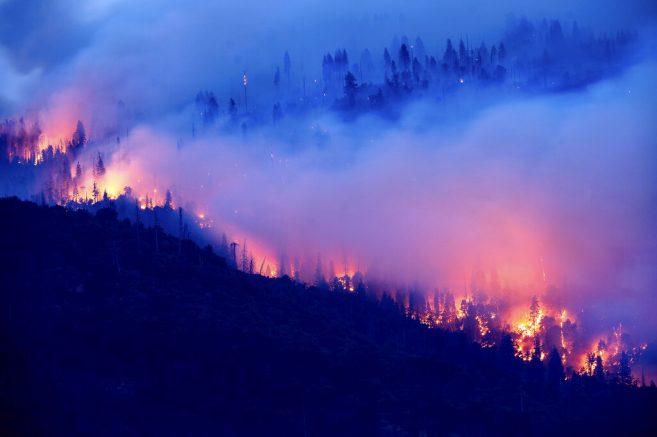 The Creek Fire burns along a hillside in the Cascadel Woods community of Madera County, Calif., on Monday, Sept. 7, 2020. (AP Photo/Noah Berger)

Dozens of wildfires continue to rage on the West Coast. According to reports, at least 23 people have died in the flames, including 19 in California, three in Oregon and one person in Washington state.

Crews have also been searching for more than a dozen people, who were recently reported missing.

More than 100 major fires have destroyed homes and businesses, forcing thousands of people to evacuate. A small town in Oregon was almost completely wiped out by the inferno.

“Terrible, I’ve never seen devastation like this ever in my life,” stated evacuee Jerry Walker. “…I don’t know how we’re going to recover too easy.”

In the meantime, firefighters continue to battle the flames. Authorities have confirmed their main focus is life safety and keeping people out of harm’s way. 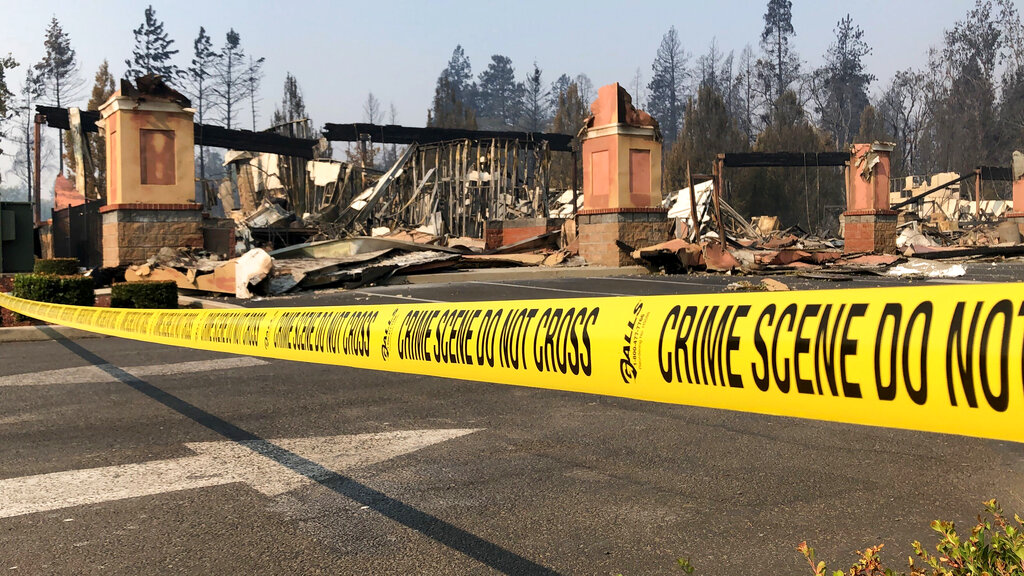 The ruins of a shopping mall in Phoenix, Ore., are seen Thursday, Sept. 10, 2020, destroyed when fire swept through the area Tuesday. (AP Photo/Gillian Flaccus)

On Wednesday, he announced 50 new fires had sparked overnight. More than half of them are considered to be large fire complexes.

“We now have 28 large fire complexes that we’re battling here in the state of California,” stated Newsom. “The Fork Fire, the Bear Fire up in Butte County and the Willow Fire, in particular, are points of concern.”

The Willow Fire broke out on Wednesday in Yuba County, which is just north of Sacramento. The Bear Fire in Butte County has grown rapidly to more than 97,000 acres.

Authorities have been encountering new challenges as resources and manpower are stretched thin across the state. 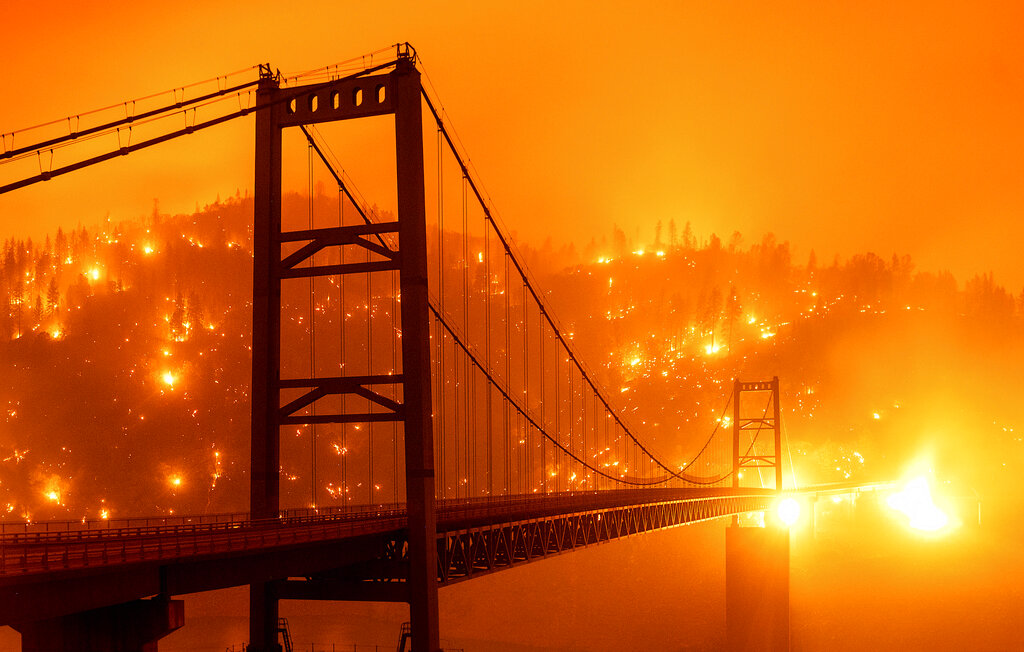 In this image taken with a slow shutter speed, embers light up a hillside behind the Bidwell Bar Bridge as the Bear Fire burns in Oroville, Calif., on Wednesday, Sept. 9, 2020. (AP Photo/Noah Berger)

In mid-August, Newsom declared a statewide emergency and brought firefighters in from across the country to help battle the blazes. Californian officials have since asked Canada for help.

“We’re all competing for fire specific resources, so it does provide a challenge,” said Emergency Services Chief Brian Marshall. “It’s a challenge to all the states being affected right now.”

Despite these setbacks, the governor believes this week’s weather could provide an advantage in containment efforts.

“The rest of the week looks a little bit more favorable from a wind perspective and a weather perspective,” added Newsom. “That will aid our efforts on these 28 major fires in the state.”

A red flag warning has been issued for the weekend. Officials have urged residents to prepare for evacuations if necessary.