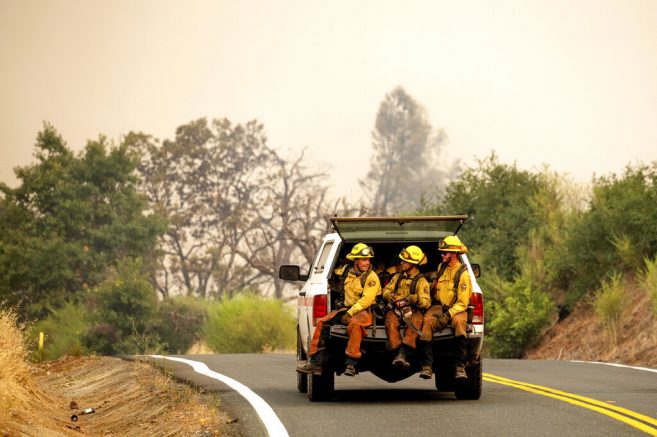 Firefighters ride in the back of a pickup truck while battling the LNU Lightning Complex fires Sunday, Aug. 23, 2020, in unincorporated Lake County, Cailf. (AP Photo/Noah Berger)

Authorities in Northern California continue to tackle the LNU Llightning Complex Fire, which has burned through five counties and killed at least five people.

During a briefing Tuesday, Cal Fire operations Section Chief Chris Waters said they have separated the blaze into two zones, east and west, to maximize their resources and efforts. So far, the LNU Fire has spread to more than 356,000 acres and has destroyed nearly 980 structures. 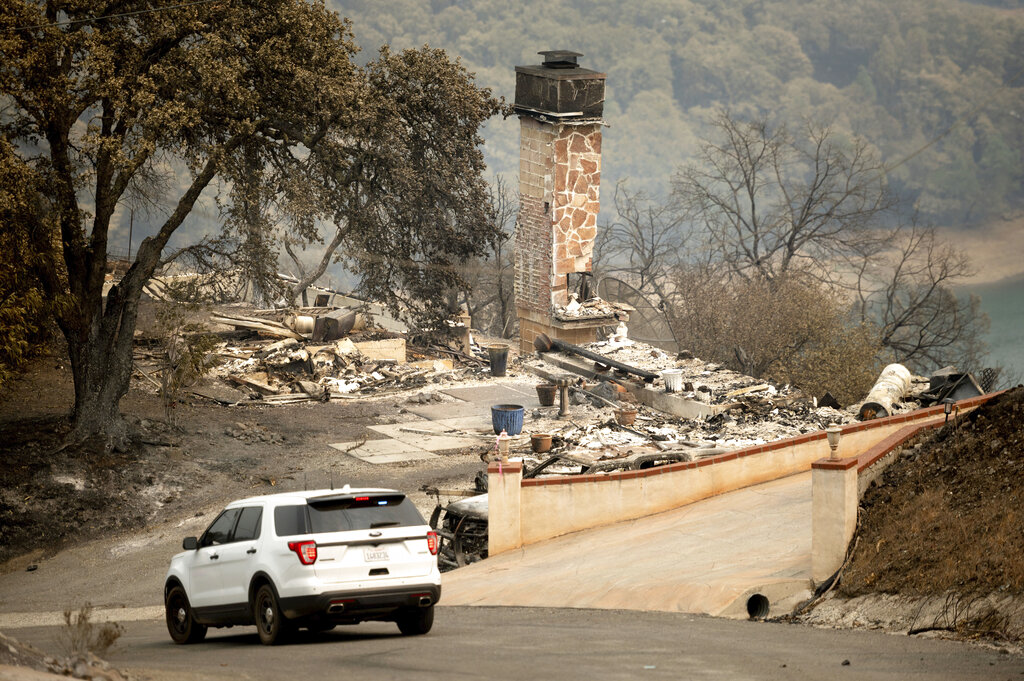 14,000 firefighters are on scene using bulldozers and hand tools to scrape fire breaks into the ground. Although cooler temperatures have helped them make progress, Chief Waters said he expects humidity and wind to pick up in the next couple of days.