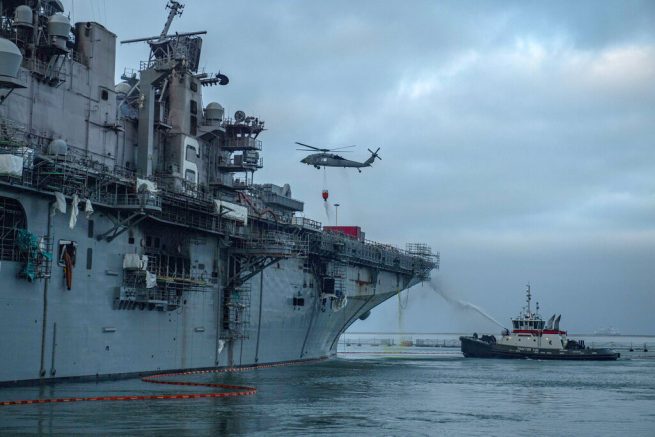 The U.S. Navy is investigating a massive fire, which recently erupted on a Navy ship in San Diego. The fire erupted Sunday and burned for four days before it was contained.

Navy Adm. Philip Sobeck confirmed Thursday that firefighters fully extinguished the blaze aboard the USS Bonhomme Richard. The admiral said more than 60 people aboard the vessel were treated for minor injuries, which included heat exhaustion and smoke inhalation.

Multiple agencies assisted in firefighting efforts with the U.S. Navy crew combating the blaze from the waterfront and in tug boats from the bay.

Get a firsthand look as Sailors and Federal firefighters responded to a fire onboard the #USNavy amphibious assault ship #USSBonhommeRichard (LHD 6) at Naval Base San Diego. July 12, a fire was called away aboard the ship and continues to be fought. pic.twitter.com/UHb9OV2d3j

Navy officials have walked through the ship to survey the damage as they try to determined how the fire started.

“Amazing, over the last 24 hours of what has transpired as far as getting to the point of degree temperatures as high as 1,200 degrees coming down to as low as 125 degrees as we went through the ship,” Adm. Sobeck explained.

According to reports, it will cost millions of dollars to repair the ship and the Navy can’t determine whether they can save the vessel until the investigation is complete. Some officials believe the fire started in the lower cargo hold area of the ship also known as the ‘Deep V.’ 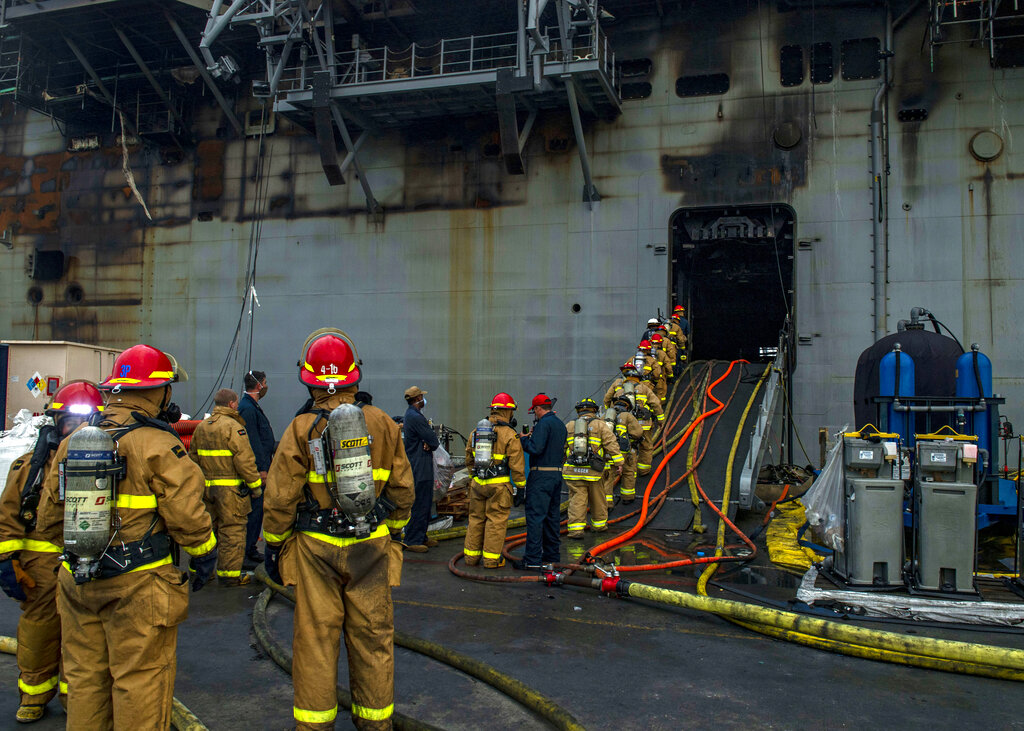 Sailors prepare to board the amphibious assault ship USS Bonhomme Richard (LHD 6) to fight an ongoing fire at Naval Base in San Diego, Calif. on Tuesday, July 14, 2020. The fight to save a burning Navy warship docked in San Diego has entered a third day with indications of improvement. A Navy statement says there’s been significant progress and much less smoke is being emitted from the USS Bonhomme Richard on Tuesday. (Mass Communications Specialist 3rd Class Jason Waite/U.S. Navy via AP)