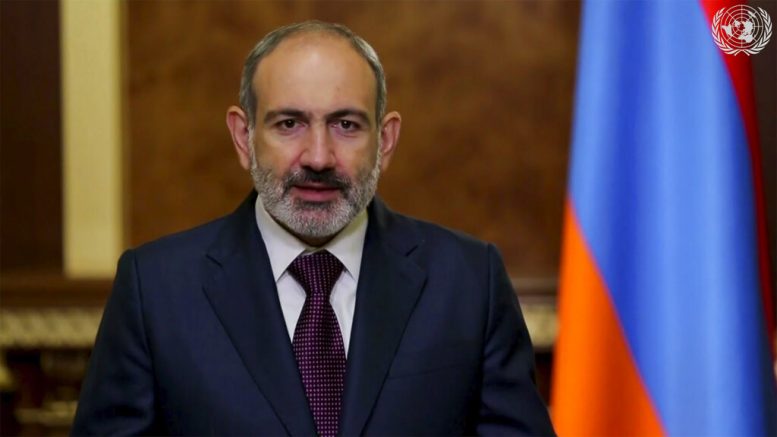 In this image made from UNTV video, Nikol Pashinyan, Prime Minister of Armenia, speaks in a pre-recorded message which was played during the 75th session of the United Nations General Assembly, Friday, Sept. 25, 2020, at U.N. headquarters in New York. (UNTV via AP)

Armenia’s prime minister recently addressed the conflict with Azerbaijan by saying the scale of the attacks is unprecedented. On Saturday, Nikol Pashinyan warned the Azerbaijani army was being helped by around 150 Turkish special forces members and Syrian terrorists.

Tensions between the two countries led to clashes last week amid a territorial dispute over the Nagorno-Karabakh region.

The prime minister has alleged the Azerbaijan led forces are trying to destroy the Armenian people.

“Azerbaijani-Turkish bandits are not only pursuing military or military-political issues, they have not come only to occupy territories, villages or cities,” stated Pashinyan. “Their goal is to continue their policy of Armenian genocide.” 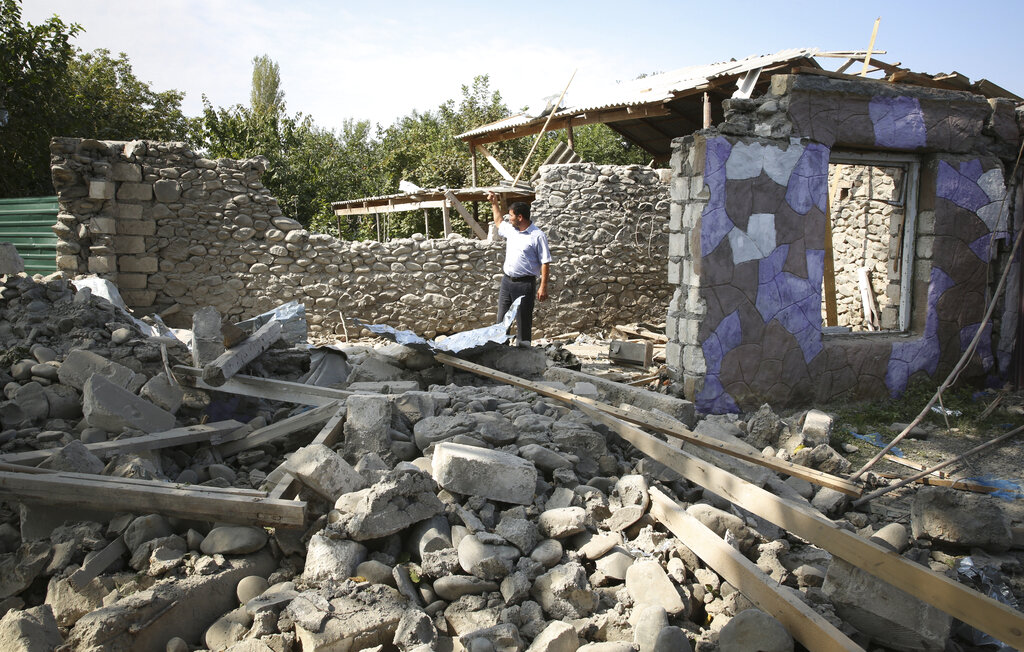 A view of an apartment building that was allegedly damaged by recent shelling during fighting over the breakaway region of Nagorno-Karabakh in Tartar region, Azerbaijan, Wednesday, Sept. 30, 2020. (AP Photo/Aziz Karimov)

The leader encouraged residents to remain hopeful and claimed Armenia will come out on top.

In the meantime, countries and organizations around the world are calling for a ceasefire between the two countries.