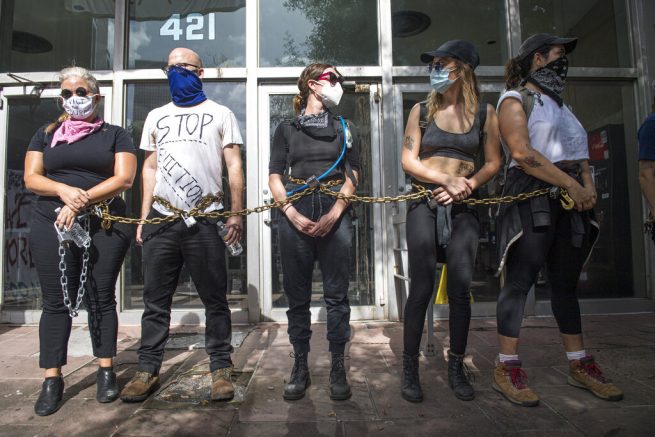 Crowds of protesters in New Orleans have taken matters into their own hands to halt evictions. The New Orleans Renters Rights Assembly organized an “Evict the Court” rally on Thursday.

Protesters blocked the entrance to the city’s courthouse and turned away anyone who attempted to enter the building. This all came as part of an effort to block landlords from filing eviction notices with the court.

Demonstrators protesting evictions have blocked off both enteranxes to first city court, which handles evictions on the east bank for rents less than $3000 (most New Orleans evictions) pic.twitter.com/O22wskFMA0

The state’s eviction moratorium ended last month. 343 evictions have been filed since. 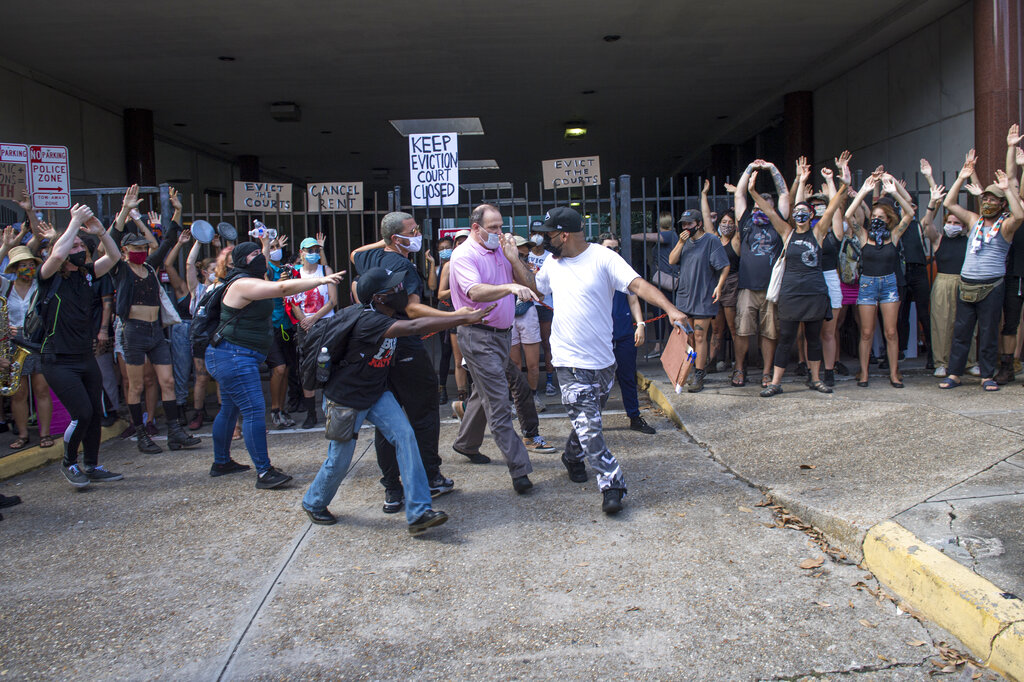 A protester, right center, walks away with paperwork after grabbing it out of the hands of a man, center, who was trying to enter First City Court while the New Orleans Renters Rights Assembly protest was taking place outside First City Court near New Orleans City Hall on Thursday, July 30, 2020. (Chris Granger/The Advocate via AP)

According to demonstrators, it is immoral to evict people from their homes amid the current economic climate and challenges surrounding the COVID-19 pandemic.

“We’re going to have a public health crisis if we put all of these people on the streets. Our COVID numbers are going to go up through the roof. So we need to like do two things: We either need to secure more rental assistance or we need to reclose eviction court.” – Frank Southall, protester

Despite the good intentions of these protesters, some courthouse employees were angered. Some claimed they had nothing to do with evictions and were just trying to get to work.