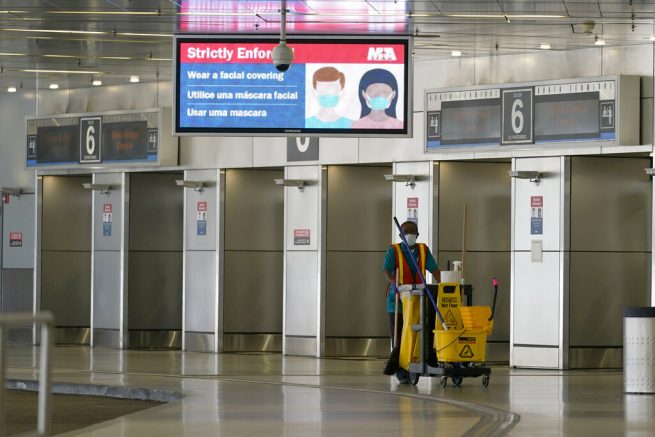 FILE – In this Sept. 30, 2020, file photo, an employee walks through an empty American Airlines arrivals area at Miami International Airport during the coronavirus pandemic in Miami. (AP Photo/Lynne Sladky, File)

The CEO of American Airlines recently announced the airline will be forced to cut more routes if it doesn’t receive more aid from Congress. On Thursday, Doug Parker said the airline would have to stop service in more U.S. cities without the relief.

American Airlines has already suspended service in 13 cities. It previously announced plans to add 15 more to the list when aid ran out at the end of September.

According to the CEO, the first round of aid under the CARES Act was key to keeping airlines afloat as global travel demand plummeted.

“It gave us the funds to keep people employed, there wasn’t enough demand in the airline to keep them employed,” he said. “It allowed us to serve more markets than we would have otherwise.”

Despite House Speaker Pelosi rejecting the idea of a standalone airline aid bill, Parker noted there is “enormous bipartisan support” for such relief. He added further route cuts remain on hold and they’re hopeful aid will be passed soon.