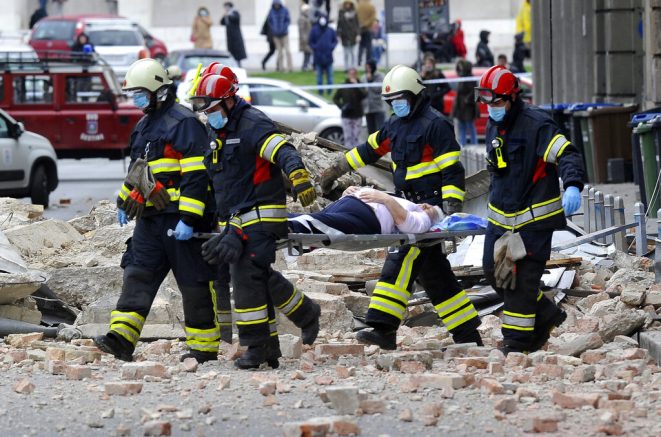 Firefighters carry a person on a stretcher after an earthquake in Zagreb, Croatia, Sunday, March 22, 2020. (AP Photo)

A toddler and a 15-year-old girl were among those seriously injured when an apartment building collapsed. Witnesses reported severe damage to multiple buildings, including the iconic Cathedral of Zagreb.

Officials have urged citizens to stay calm and keep their distance.

“It was the most powerful earthquake in Zagreb over the last 140 years… At this moment, much damage to buildings is obvious, and there is a lot of interior damage to the buildings. We urge all citizens to be cautious.” – Andrej Plenković, Prime Minister of Croatia 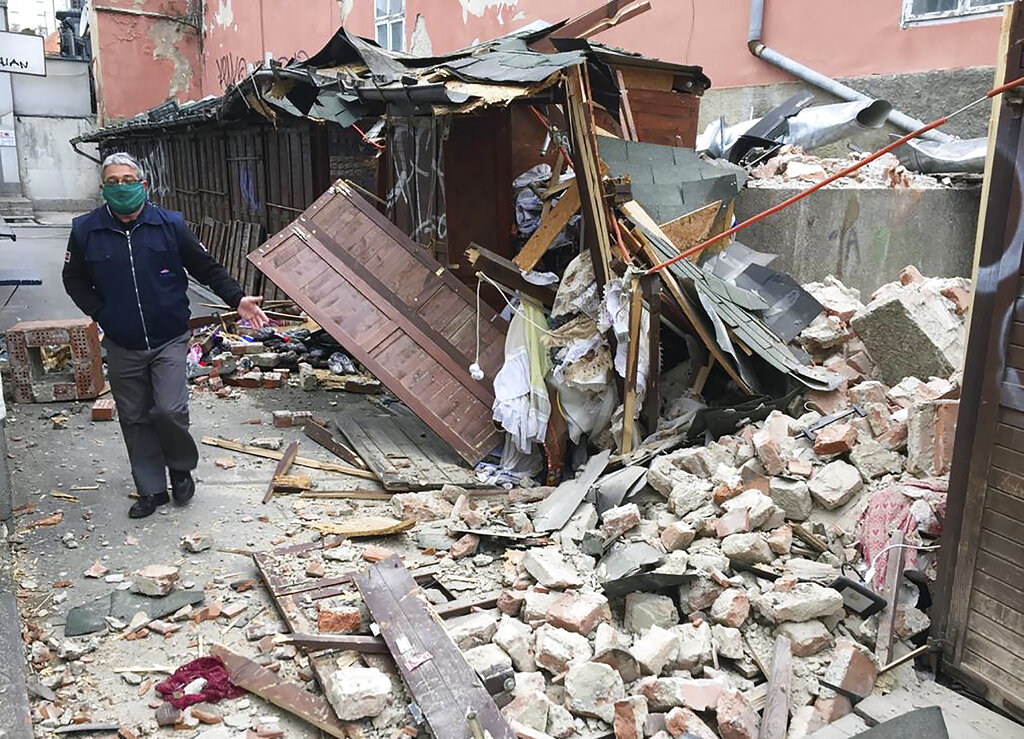 Fire officials confirmed rescue operations are ongoing in multiple locations. Crews are working to put out fires caused by the quake and pull victims from the rubble.

The natural disaster struck during the city’s partial lockdown, which was initiated due to the COVID-19 outbreak. 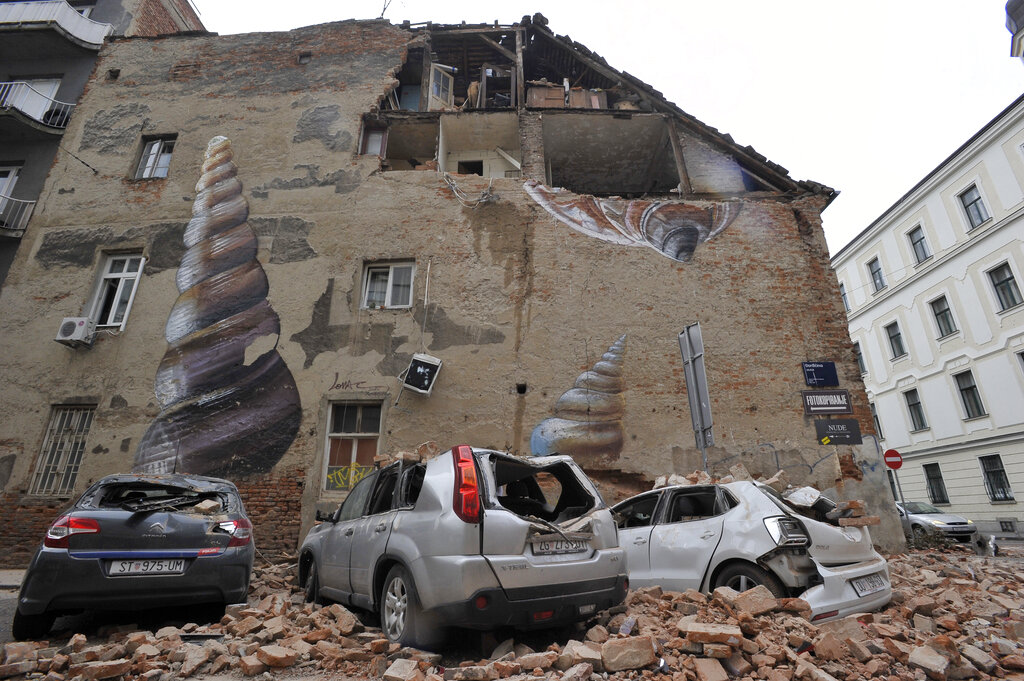 A collapsed wall leaves an exposed home and crushed cars after an earthquake in Zagreb, Croatia, Sunday, March 22, 2020. A strong earthquake shook Croatia and its capital on Sunday, causing widespread damage and panic. (AP Photo)