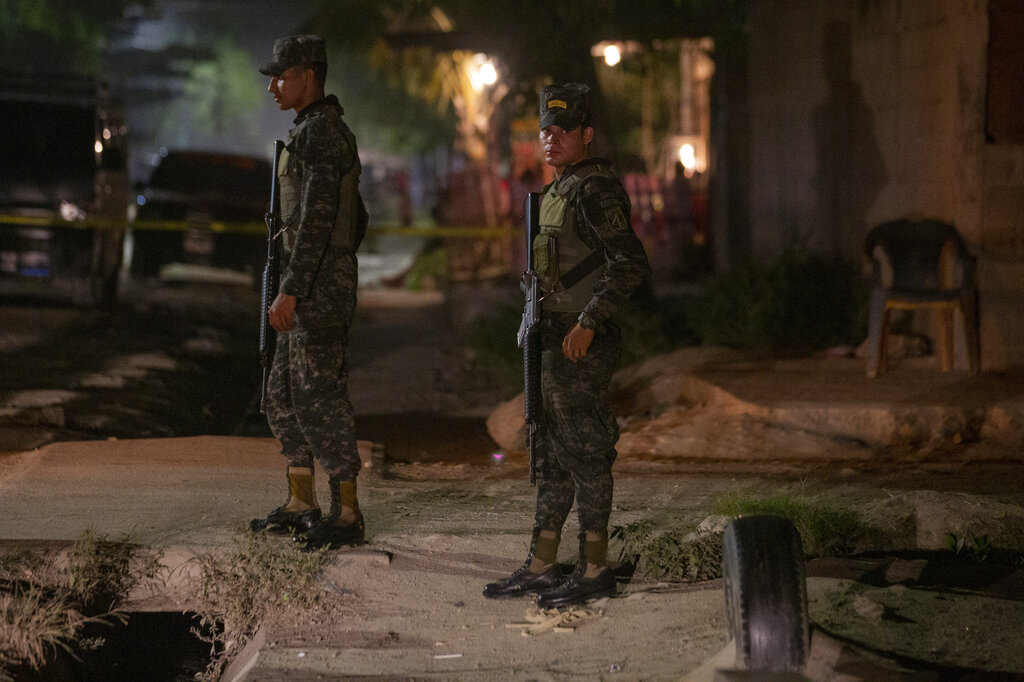 In this Nov. 30, 2019 photo, soldiers stand guard near a crime scene as forensic workers inspect a body in the Rivera Hernandez neighborhood of San Pedro Sula, Honduras. (AP Photo/Moises Castillo)

Four Iranians were detained by authorities in Honduras after they allegedly tried to cross into the country illegally. Officials believe the migrants were traveling to the United States border when they were arrested earlier this week.

Their illegal cross-country attempt comes amid soaring tensions between the U.S. and Iran.

The U.S. is slated to send police to the Honduran border to help with immigration control. Homeland Security Secretary Chad Wolf visited the country this week to discuss the implementation of the ‘Safe Third Country’ agreement officials signed last year.

Good discussion with President Hernandez and his cabinet on security and prosperity issues. We finalized the details of the ACA and look forward to implementing in the coming weeks. pic.twitter.com/MMaG0j2RcY