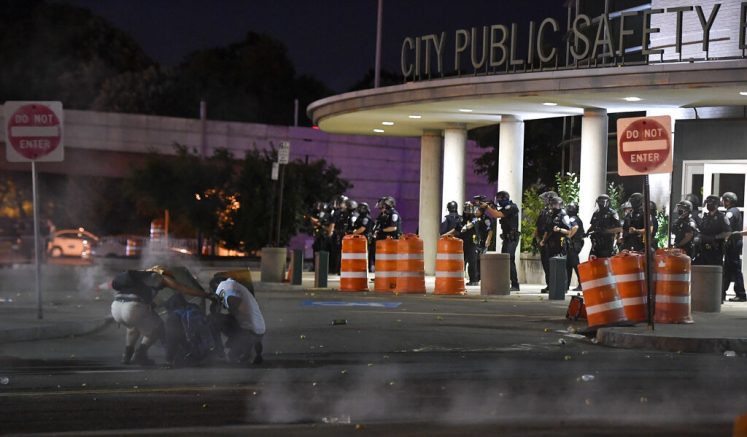 Demonstrators cover from chemical irritants released by police in front of the Public Safety Building in Rochester, N.Y., Thursday, Sept. 3, 2020. Seven police officers involved in the suffocation death of Daniel Prude in Rochester were suspended Thursday by the city’s mayor, who said she was misled for months about the circumstances of the fatal encounter. (AP Photo/Adrian Kraus)

Two officers were injured and eight demonstrators were arrested during a night of riots in Rochester, New York. Hundreds of protesters took to the streets Thursday night, marking the second night of demonstrations in the city.

The unrest came in response to the recent release of police body cam footage, which showed the arrest of 41-year-old Daniel Prude from earlier this year.

Prude died seven days after being taken into police custody. His death was ruled a homicide.

On Thursday, Mayor Lovely Warren announced the suspension of the seven officers involved in his arrest. 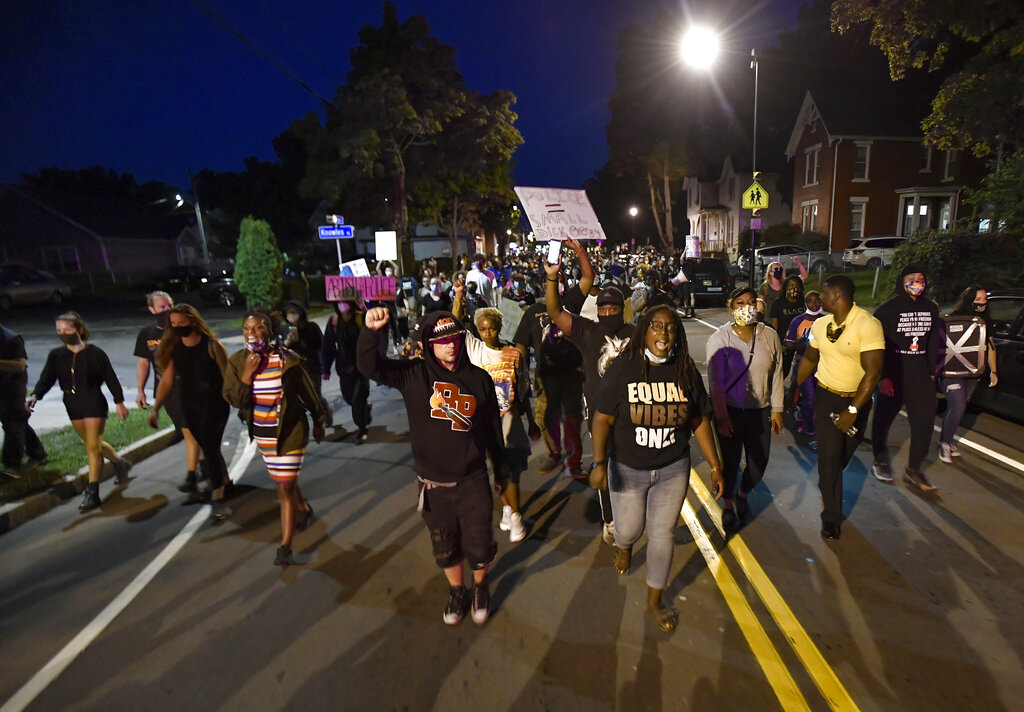 “Now, I am taking action to address these challenges and build upon our city’s work to address racism in all of its forms,” she stated. “Doing this work has been at the heart of my service as mayor of this city.”

During Thursday night’s demonstrations, rioters threw debris and bottles at officers. The two officers who were injured were sent to the hospital.

Those who were arrested are facing charges ranging from disorderly conduct to harassment.