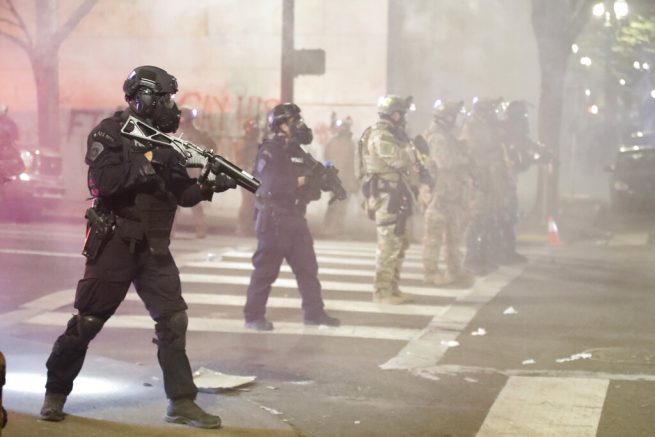 More than 130 federal agents have stayed behind in Portland to act as a “quick reaction force.” Earlier this week, the Trump administration reached a deal with Governor Kate Brown to withdraw federal agents from the city.

Antifa black bloc tear off the plywood protective barrier to the Portland federal courthouse. They’re trying to break the glass underneath to set the interior on fire. #PortlandRiots pic.twitter.com/00aFGkf1dF

While speaking with National Association of Police leadership on Friday, the president said if the urban violence in Portland “doesn’t clean up,” more federal presence will surface.

“We have no choice,” he added. 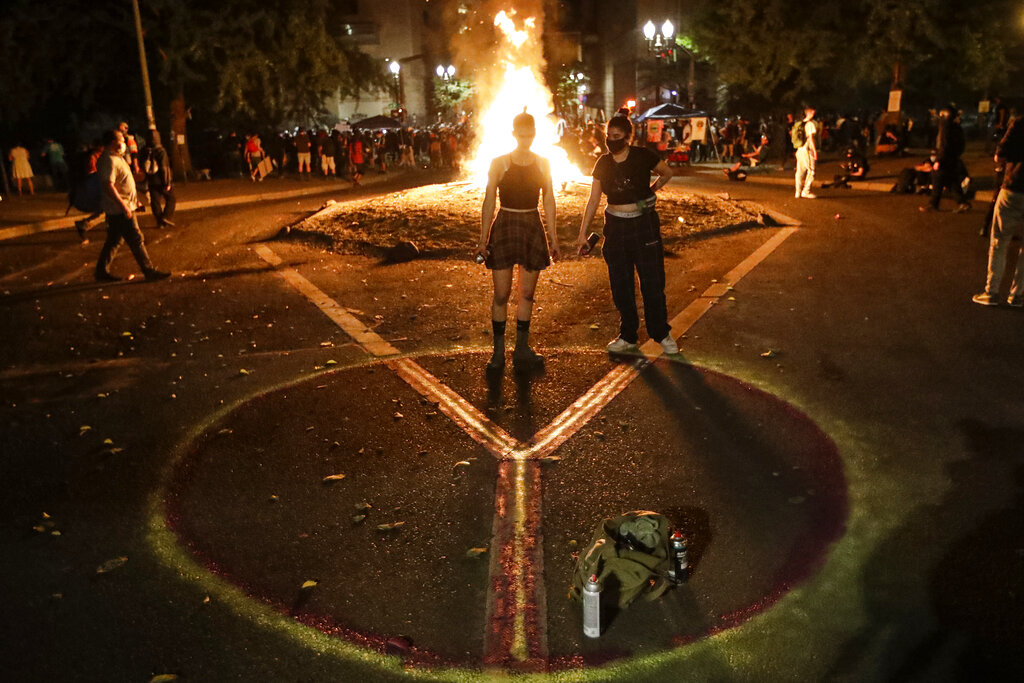 He mentioned that if his administration had never sent the National Guard to Minneapolis, the place would be “burnt to the ground.”

The president has attributed the violent crime surge to Democrats, who have run these cities for years.

“Look at New York, it’s up 348%. Whoever heard of a number like that? You have a radical left mayor who doesn’t know what he’s doing. I don’t even understand how the police could allow it to happen.” – Donald Trump, 45th President of the United States

"As a result of the outrageous attacks on law enforcement, violent crime has surged in certain Democrat-run cities."

The president went on to say his team will help any city that needs their help.